Skip to the beginning of the images gallery
€2,999.00
Newsletter

INTRODUCING THE NEW SPRINT
Launched in the 1970s, the original Sprint was loved by riders of the time, and is much admired still as an iconic piece of cycling’s history.The new Sprint is created in the same mould as its predecessor – it’s a racing carbon bike for those new to the world of competitive road cycling.To offer a greater flexibility of use, Bianchi has produced both a disc brake and rim brake version of the Sprint frame.

ACCESSIBLE PERFORMANCE
The Sprint is worthy of inclusion in Bianchi’s Racing category, created for those starting out on their journey in competition.
No compromise has been made on the Sprint’s appearance: it’s a sharply-styled, beautiful road carbon bike. Considerations have been made throughout the design to ensure sleekness, clean lines and a racy, aggressive character.

RACE READY
The carbon monocoque frame is constructed around a racing-specific geometry, providing an aggressive platform from which to chase down attacks, launch breakaways and sprint for mid-race primes.Whether you are consistently tackling big distances in sportives and gran fondos, or actively entering the world of criterium and road racing, this bike will carry you forwards as you progress.

CLEARANCE
Sprint frame is compatible with larger volume tires to enhances comfort and grip without affecting rolling efficiency or speed.

PARED BACK AESTHETICS
The chain stays, fork blades, top tube and down tube feature a subtle recurring graphic of the Bianchi logo – with a single instance picked out in a contrasting color. Naturally, the two colorways available feature Bianchi’s iconic celeste; one as the main frame color and the other as the accent. The frame features internal cable routing, keeping the body of the bike clean and pared back. It comes in two color versions: celeste and black. 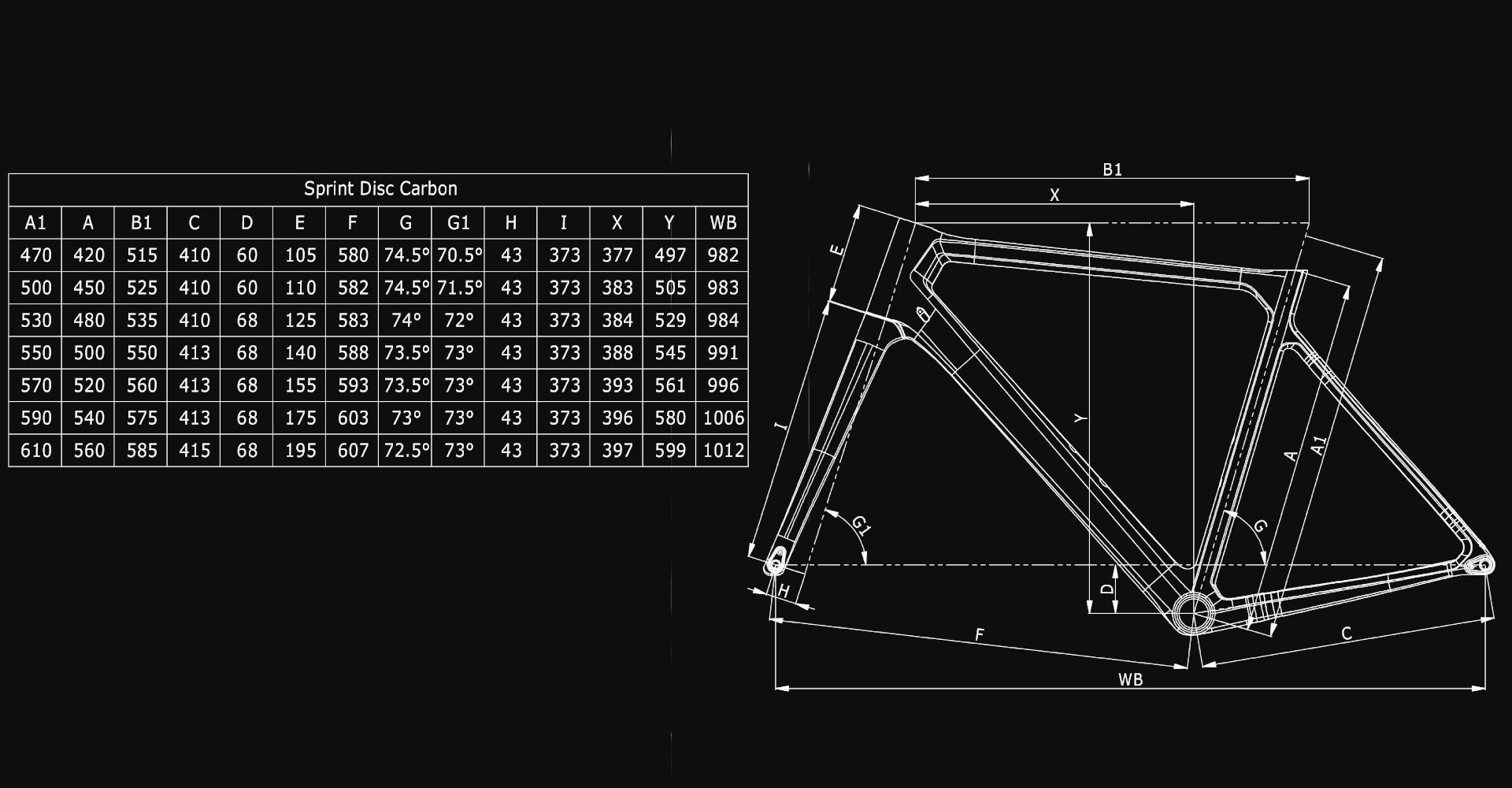